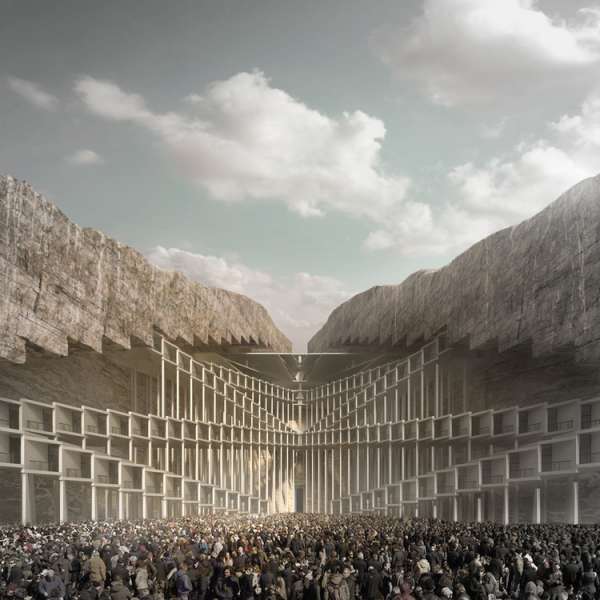 in a time of what seems to be ever-increasing religious and political conflict, bartlett students akarachai padlom, eleftherios sergios, and nasser alamadi instead chose to focus on collaboration between religions in their thesis project entitled “faith estates,” which outlines a new method of mass religious tourism. in an area around the dead sea characterized by disputed boundaries and conflicting ownership claims, the group aims to reimagine the relationship between the world’s three monotheistic religions, but also to rethink the relationship between religion, tourism, and the landscape. the design consists of large-scale excavation sites which form tourist resorts along a pilgrimage route with the goal of forming a mutually beneficial relationship 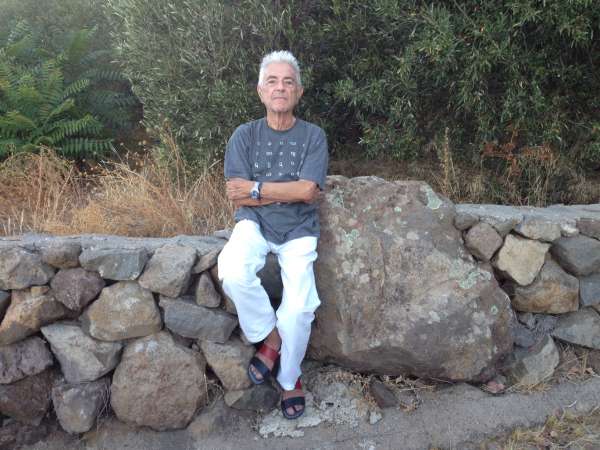 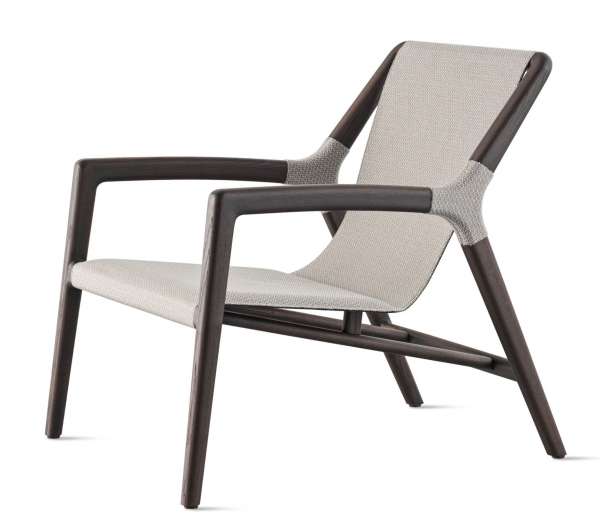 tel aviv, the beach and the city 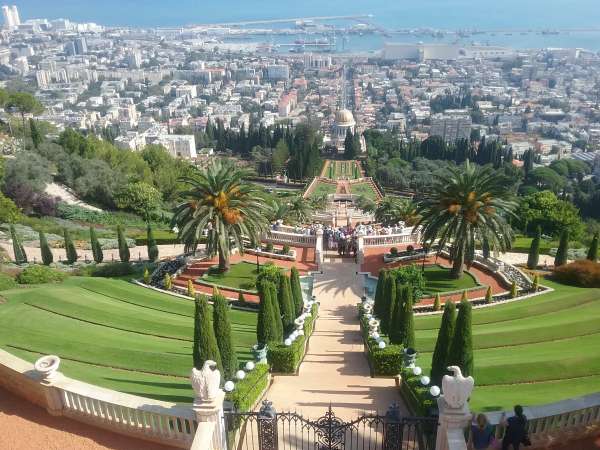 haifa, the gardens of the bahà'u'ullàh mausoleum, the city and the harbour 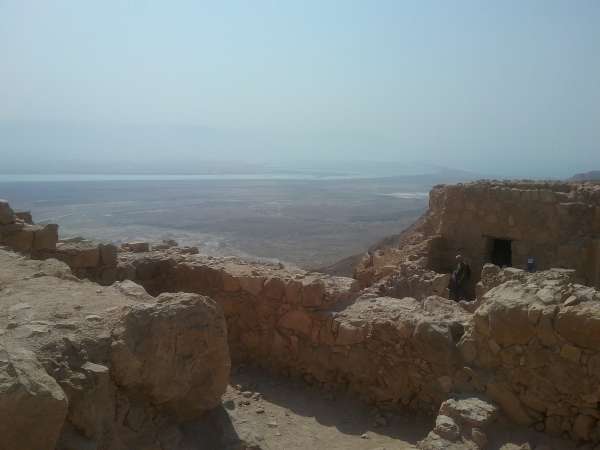 massada, ruins ofa king herod's mountaintop fortress and last stronghold of the jewish revolt against the romans in 73 b.c. 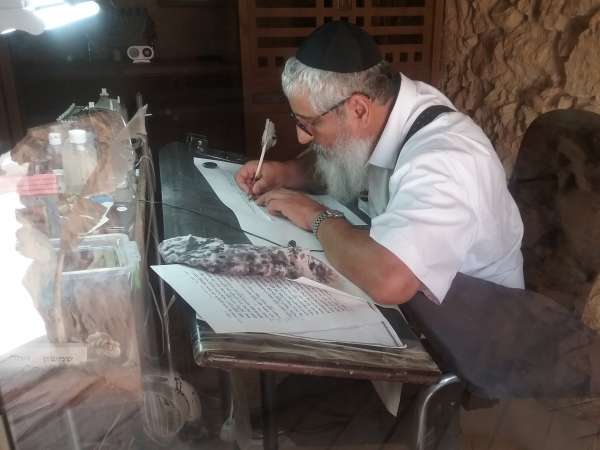 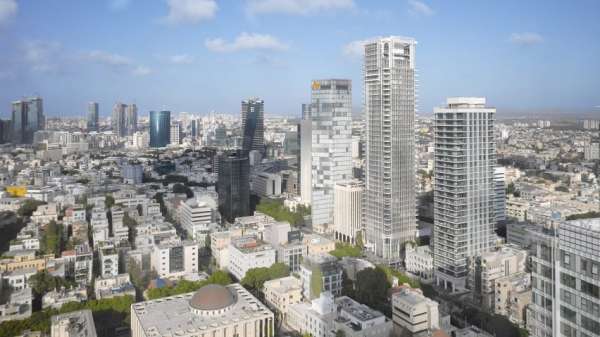 american architect richard meier has finished work on his first project in israel, a residential tower covered in a "veil" of white louvres that ensure the building is in keeping with its bauhaus-era neighbours in tel aviv's white city 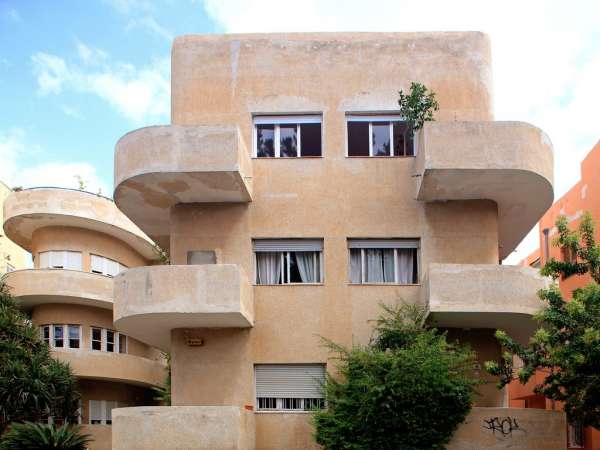 recognized as a unesco world heritage site, tel aviv's “white city” contains 4,000 international style buildings, many of which were built in the 1930s and 1940s. to accommodate the influx of jewish immigrants fleeing europe, german bauhaus-trained architects integrated the modern style's affordable and functional building techniques with curved lines and a color well-suited for the mediterranean climate to create a habitable city by the sea 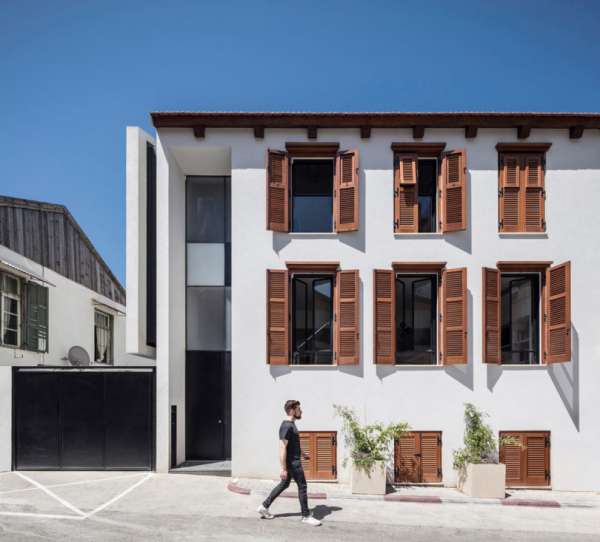 located in the historic neve tzedek neighborhood of tel aviv, the charm townhouse was designed by mga|meirav galan architect in collaboration with urbany|shai fogel architect, as an addition to a house built at the beginning of the last century 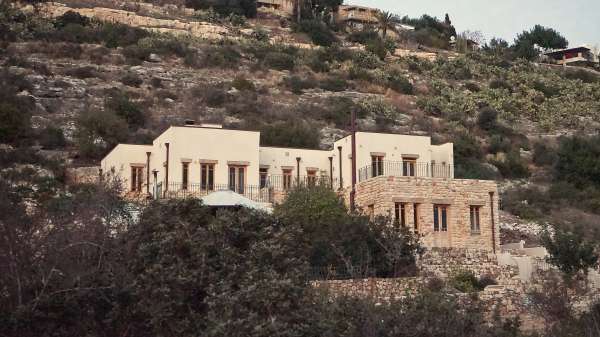 walls made of hemp and lime, and local stone make up this sand-coloured house on a hill in northern israel, which haifa-based studio tav group designed for environmentally conscious artists 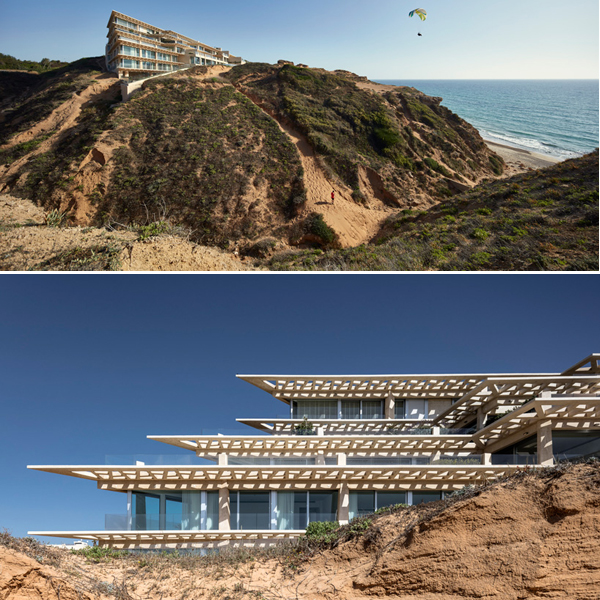 gottesman-szmelcman architecture has designed and completed the arsuf residences, a residential project located on israel’s coast just north of tel aviv. the award-winning israeli-franco firm worked with fellow designers to create a building that unifies the use of both interior and exterior spaces 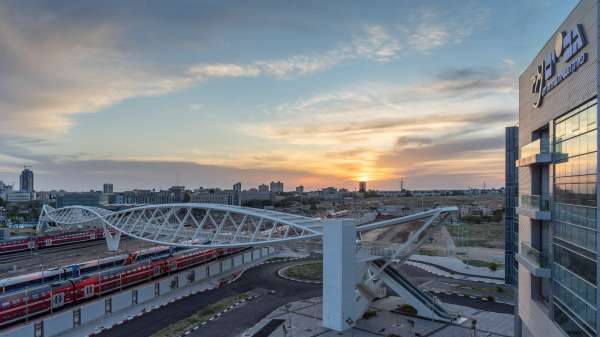 left, tel aviv-based designer yael perry renovated this apartment in the israeli region of sharon into a "cool, contemporary" space

right, the palette was kept fairly neutral with the addition of calm colors, like purples and greens. lindsay bentis of thread art design, who handled the interior, used lots of warm walnut wood and natural stone

light colours and glass walls create the illusion of extra space within this bauhaus apartment in tel Aviv, which has been refurbished by architect amir navon of studio 6b design school and interior designer maayan zusman 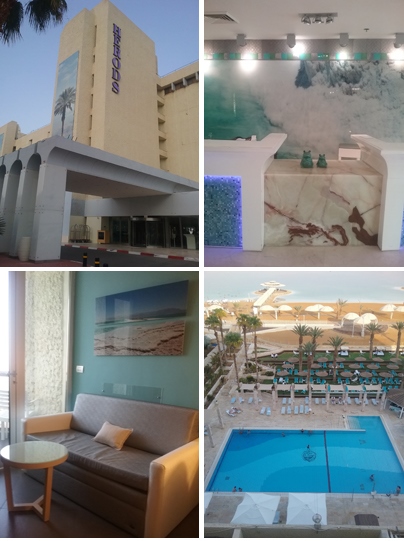 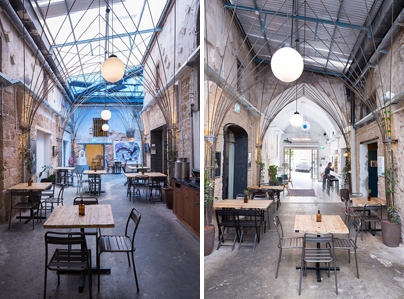 beit kandinof is an historical structure built in old jaffa during the early 20th century. uniting the world of hospitality with the arts, opa architects restore beit kandinof into a resto-bar that showcases local artwork and hosts exhibitions 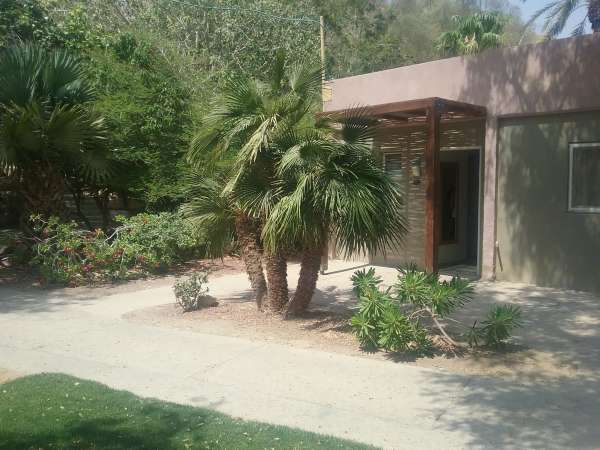 the baptismal site on the jordan river 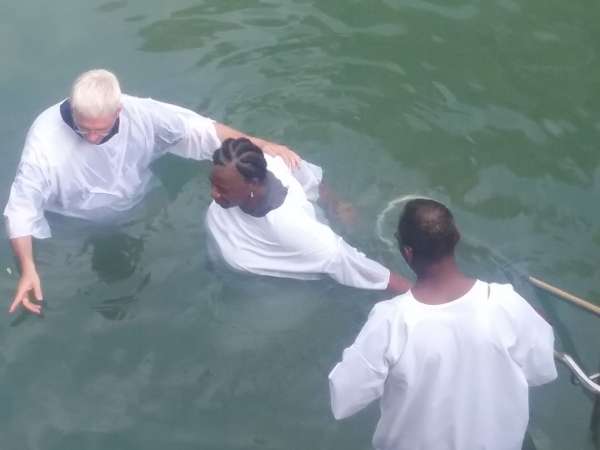 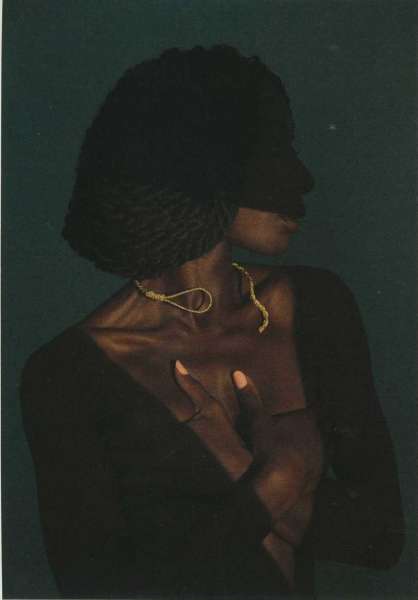 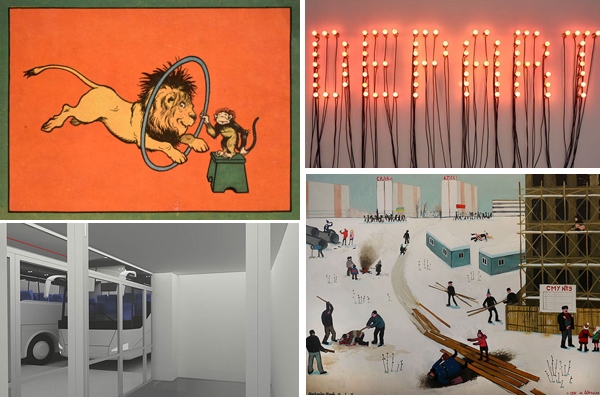 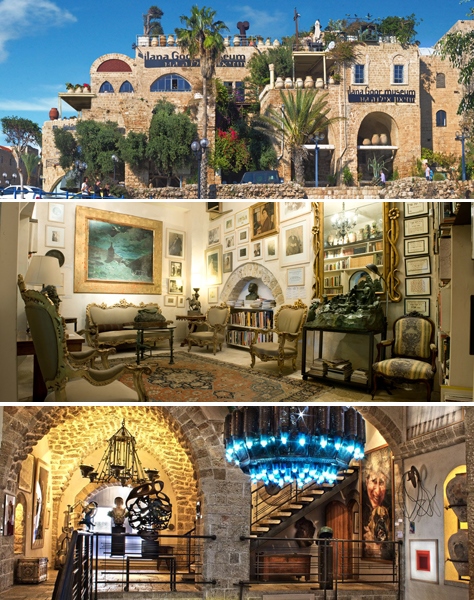 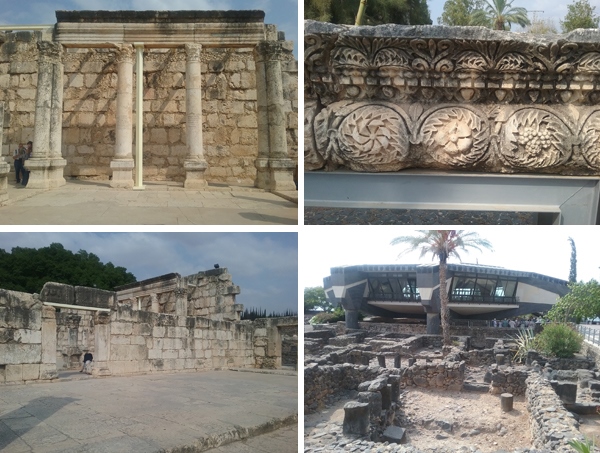 the remains of the synagogue and the new sanctuary 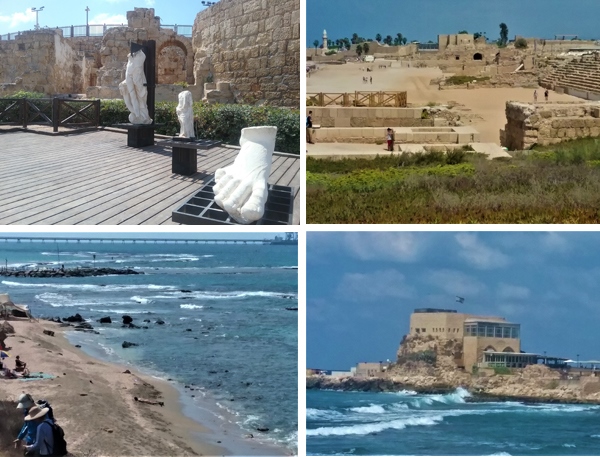 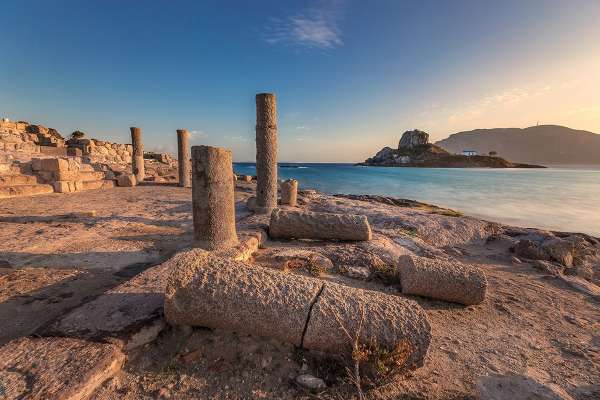 joe uziel, an archeologist from the israeli antiquity authority, works on a recently discovered ancient roman theatre from the second sanctuary that was found at the foot of the western wall tunnels in jerusalem's old city on october 16, 2017. excavations conducted by the israel antiquities authority have uncovered large portions of the western wall that have been hidden for 1,700 years 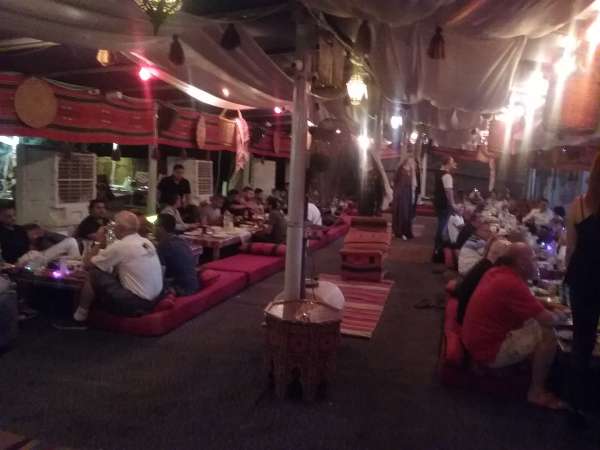 a traditional israeli dinner under tents

Pursuant to Legislative Decree No. 196/2003, you are hereby informed that this message contains confidential information intended only for the use of the addressee. If you are not the addressee, and have received this message by mistake, please delete it and immediately notify us. You may not copy or disseminate this message to anyone. Thank you.